Aprils’s gin comes from Summerhall distillery in the heart of Edinburgh, the first distillery there in over 150 years. Launched only in 2013, their first release was their Original ‘red top’ gin which was based on an old recipe dating from the days of the Brittish Raj in India and written down in 1947.

Marcus Pickering takes up the story: “When we first launched, a bit of fine-tuning was required as we very much wanted to create a classic London Gin style gin, not overly spicy, not too sweet, no off the wall ingredients. We wanted a good all rounder that would work in all the traditional gin drinks. Marcus wanted to recreate the original 1947 which is much more spicy with cardamon and beefed up coriander, clove and cinnamon, less citrus and no angelica. So now that Pickerings’s Mark 1 is doing so well that’s exactly what this Orange topped gin brings to the table.“

This month’s tonics are from Double Dutch in Holland. The Scots are famous for their fudge, so snack on some of Aunty Nellies fudge while enjoying the taste of Scotland. For a different serve, try this gin with bitter lemon or ginger ale & a twist of lemon, and of course some Kettles Mature Cheese and Onion crisps. Enjoy. 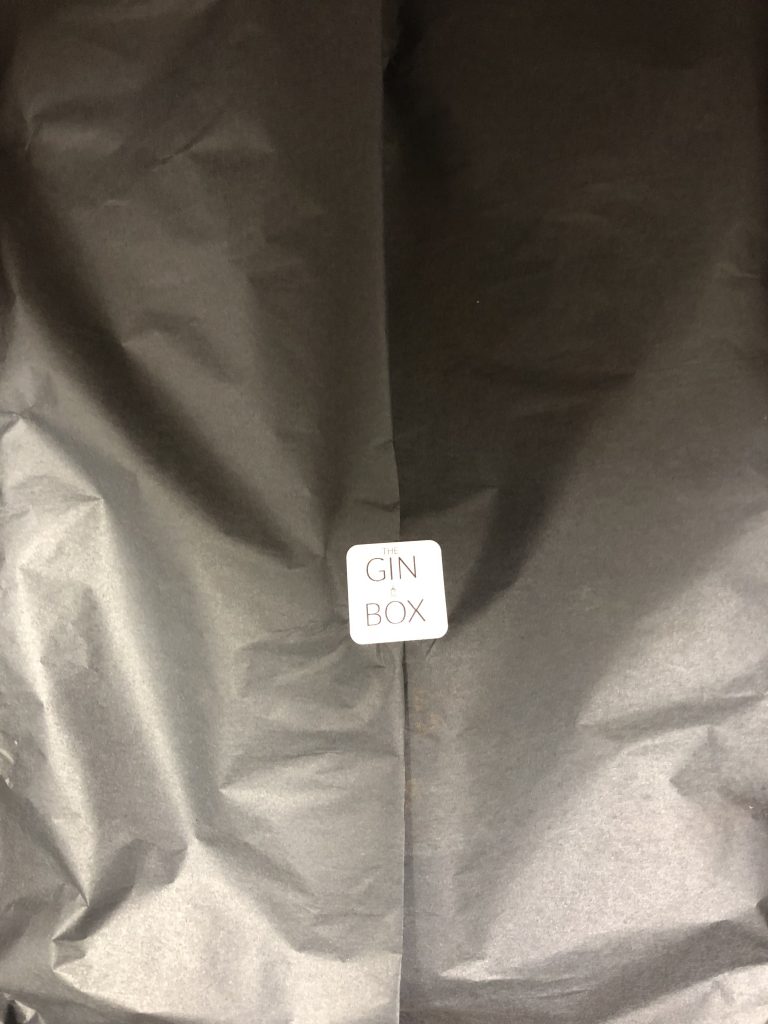 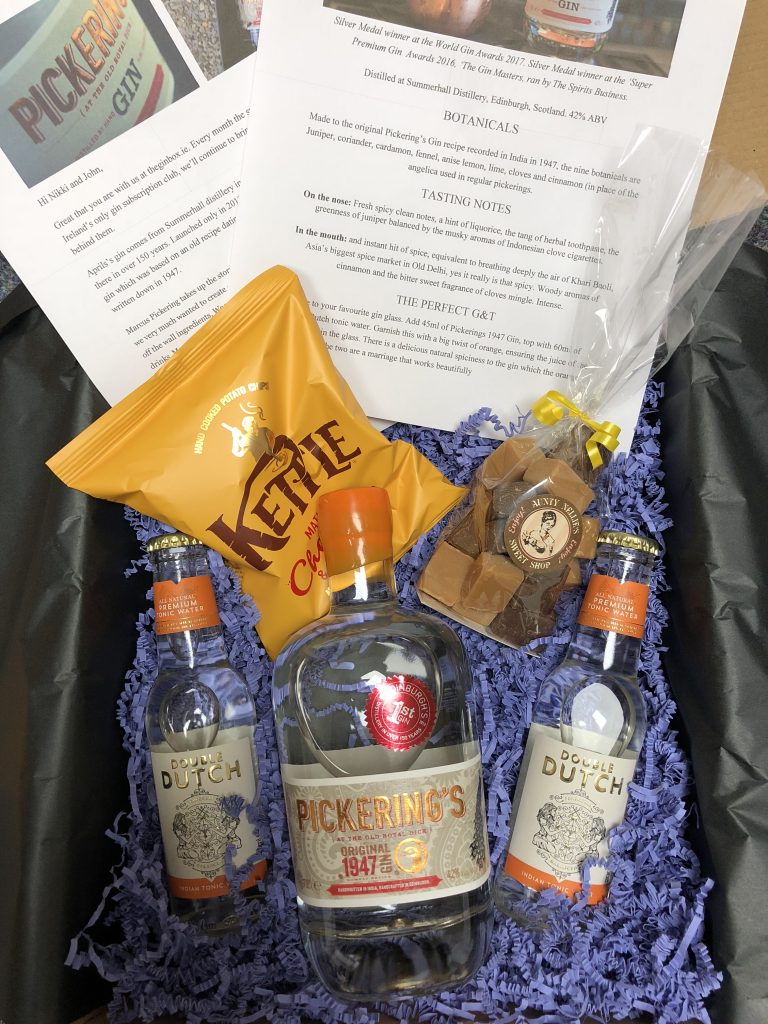 Made to the original Pickering’s Gin recipe recorded in India in 1947, the nine botanicals are Juniper, coriander, cardamon, fennel, anise lemon, lime, cloves and cinnamon (in place of the angelica used in regular pickerings.

On the nose: Fresh spicy clean notes, a hint of liquorice, the tang of herbal toothpaste, the greenness of juniper balanced by the musky aromas of Indonesian clove cigarettes.

In the mouth: and instant hit of spice, equivalent to breathing deeply the air of Khari Baoli, Asia’s biggest spice market in Old Delhi, yes it really is that spicy. Woody aromas of cinnamon and the bitter sweet fragrance of cloves mingle. Intense.

Add ice to your favourite gin glass. Add 45ml of Pickerings 1947 Gin, top with 60ml of Double Dutch tonic water. Garnish this with a big twist of orange, ensuring the juice of the orange gets in the glass. There is a delicious natural spiciness to the gin which the orange plays on and the two are a marriage that works beautifully