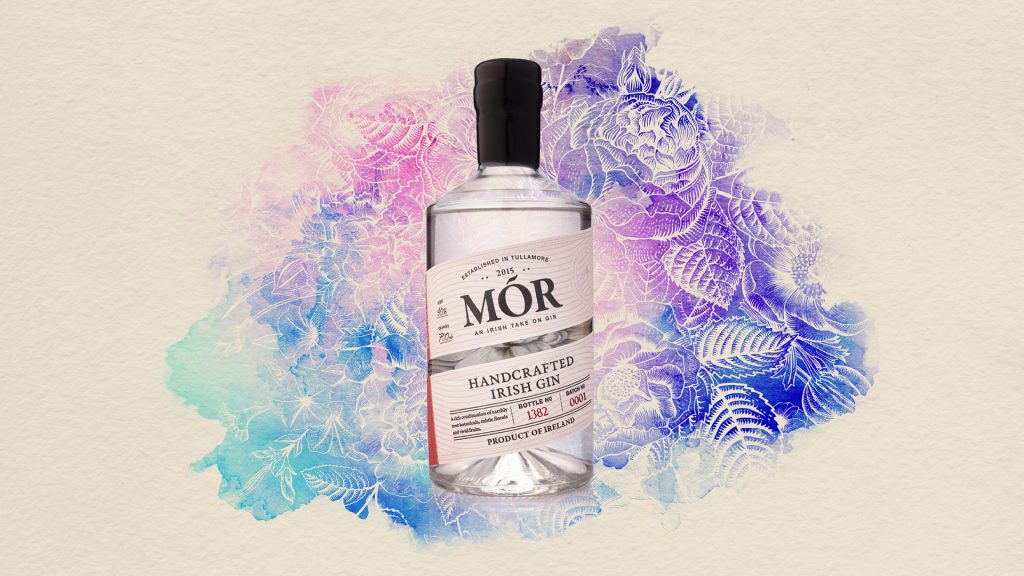 Awarded Double Gold at the Wine & Spirits Wholesalers Annual Convention, such an award only being given when all judges unanimously agree on a Gold Medal.

For Eoin Bara, a tech wizard whose grandfather had been a master distiller in nearby Tullamore Dew distillery, alcohol has always ran in the family. ‘My grandfather was a distiller and I grew up knowing how you could make whiskey and hearing all these stories about different casks and types of grain’

In 2011 after being made redundant, Bara set up his own successful company building websites and smart phone apps, that users can engage with but he became tired of the pace, and quickly realised that everything he produces gets replaced or changed with the evolution of technology. He wanted to create something of a legacy and over a gin and tonic one evening, a friend asked, what to you love? His answer… I f&*%$*g love gin he said! He went to South Africa, Australia and Scotland to learn his craft. ‘Once I figured out how other people were doing it, I could then figure out how I wanted to do it’

His finished product, Mór Irish Gin, uses root botanicals such as angelica, as well as juniper, rosemary and coriander blended with wild berries like blackberry, cranberry and raspberry.

The soft spring water used to make the gin comes the same source as Tullamore Dew – the Slieve Bloom mountains. Only Bara’s process of extracting it is a tad more unorthodox. “Unlike Tullamore Dew, we didn’t have the money to build a 14km pipeline,” the Offaly man says. “We have to actually go to the mountains and pump the water directly into a 1,000-litre container on the back of a pickup truck.”It is a small batch gin with big plans and after securing a deal for 46 states in the USA, he hopes to become the Irish Craft Gin of choice around the world. It is a gin with outstanding flavours and when we had a tasting at theginbox offices, all were in agreement that’s it’s one of the finest to come out of Ireland so far. 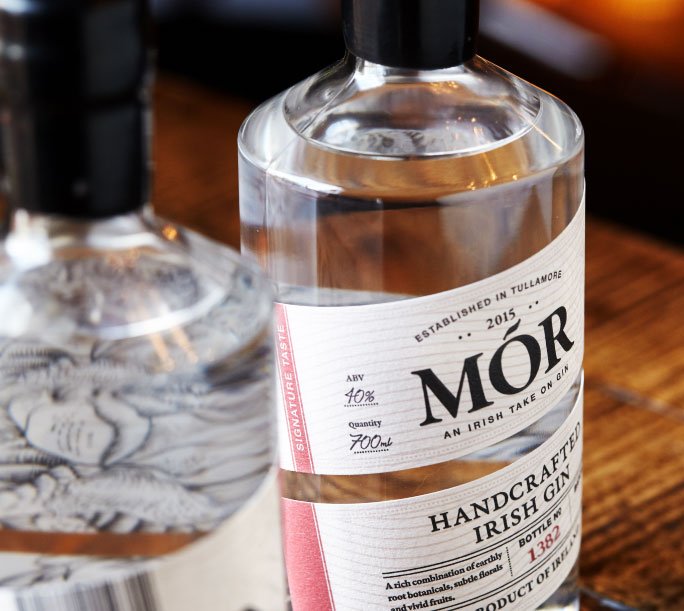 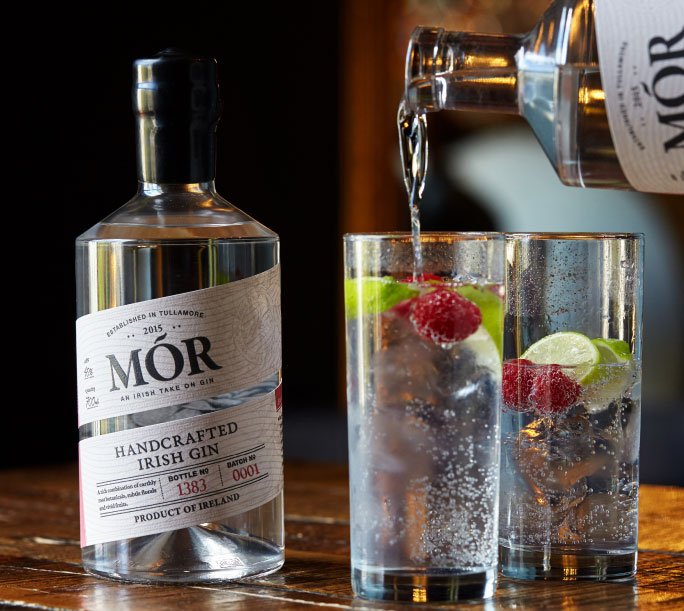 The Nose: Distinct Berry Aromas, from Blackberries & Raspberries, cut by the dryness of the Juniper and the Cranberries. Floral notes come from the Honeysuckle and Coriander

The Palate: Beautifully balanced, Juniper strikes first with hints of earthy Rosemary followed by berries that tingle rather than burst in the mouth.

The Finish: It is dry to the finish, rather than the expected sweetness.

We tried a few combinations. Proprietor Eoin Bara recommends that you have this with a big wedge of Lime to cut the ice, and some fresh Raspberries in the glass, to further enhance the berry botanicals.

On a personal level, I have tried it with grapefruit and Fentimans, which is the perfect serve for Brockmans gin, also featured in the Gin Box in the summer of 2018. The profiles are similar and while both could be considered a perfect serve, each has their merits. You’ll have to be the judge on this one!