The last few month’s have seen Ireland’s best gins and accompaniments in your Gin Box. We’ll continue packing 2020 with more of the same great artisan gins and products too. For July though, we wanted to bring you something a little different, something out of this world!  We sourced and imported a discovery gin that has never before been available in Ireland.  It is, quite literally, out of this world!

Distilled with a piece of real lunar rock which is added to the botanicals during distillation. Moon Gin is was dreamed up by friends Matthew and Tommy, who were ginthusiastslong before they started distilling themselves. Tommy would source new and usual spirits, and they would gather in their backyard in Belgium to sample them.

Matthew says, “As we tasted more gins we got more into it, and began to understand which botanicals we liked. That was the start of our fantasy of making a gin ourselves.”

One tasting session ran late, and a full moon rose in the sky. As Tommy and Matthew sipped their gin and watched the moon, the conversation turned to whether they could ever start their own gin brand. Yes, they decided – that would be a dream worth pursuing.

“I’ve always been interested in space,” says Tommy. “We knew right away that we would call what we made Moon Gin.” Tommy and Matthew worked together with a master distiller to create their signature Moon Gin recipe, and soon launched a beautiful citrus gin packaged in a bottle as dark as the night sky. Moon Gin was quickly stocked by local bars and restaurants, and even won international awards.

Distilled alongside a piece of space rock from the Sahara, every drop of Moon Gin has touched the satellite that inspired it; but that’s not the only amazing innovation that Matthew and Tommy have made. With no added sugar and a high ABV, there is enough complexity and balance to wow even the most serious spirits enthusiast.

We tasted moon Gin with fresh lime, and we loved it.Tommy told us his own best serve was ‘Indian Tonic and lime or orange zest. The Lime makes it very very fresh’ It certainly did!

We’ve included Fentimans tonic water this month. It’s a fresh and crisp tonic water, with hints of pepper and spice, perfect for bringing out the aromatics of Moon Gin. Keeping it Belgian this month, we couldn’t but include some delicious organic Belgian chocolate from Cachet. When the gin is done, and the chocolate devoured, be sure to keep the ceramic bottle as the base of your very own lunar candleholder!

Fly Me to the Moon

Tommy is fascinated by space. Here are the two ways Moon Gin pays tribute to the moon.

Every drop of Moon Gin is distilled alongside a little piece of space! Tommy and Matthew keep a meteor that had a meeting with the moon before it fell to earth in their still, so every drop of gin has a bit of cosmic flair!

The ABV (Alcohol by Volume) of Moon is a key reason it’s such a flavourful spirit, but it’s also a tribute to the moon! The moon is 4.4 billion years old… and Moon’s ABV is 44 percent.

Moon Gin is a fresh and citrus driven gin with a subtle touch of cinnamon and almonds. The moon meteorite which it is infused with adds a clean, fresh minerality to every measure!

Try a Moon Gin poured over plenty of ice, with shavings of lemon peel and a classic Indian tonic. It’s Tommy’s perfect serve. However, we found it improved even more with a squeeze of fresh lime in the glass to increase thee citrus. The lime adds a great freshness while the lemon peel adds a waxy texture with an aromatic lift and the gin is strong enough to handle both. It will be bursting with flavour. Enjoy! 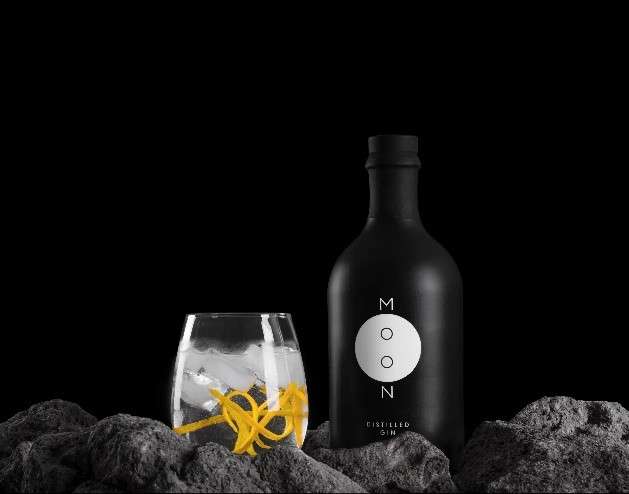 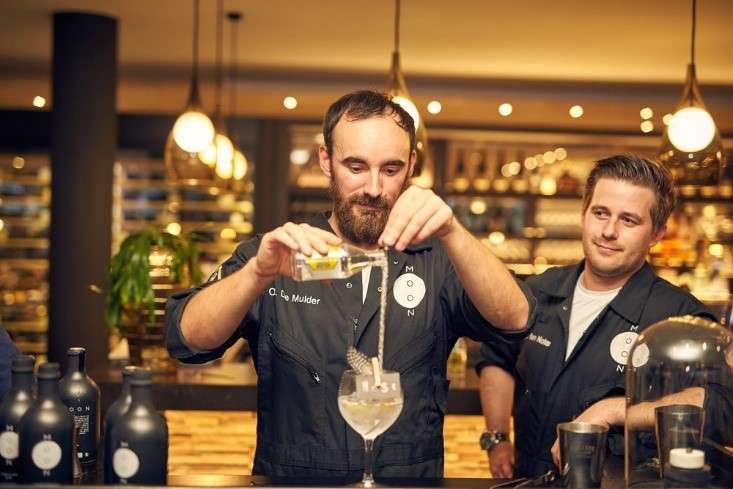