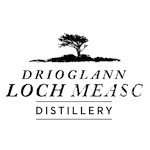 When Eoin Holmes decided to move West with his young family, he planned to devote himself to something completely different career wise. He just didn’t know what. It was 2018 and he had spent the previous six years working as a TV producer on programmes like ‘The Clinic’ and Bachelors Walk’ for RTE. His new home became the small village of Louisburgh, out the Leenane Road as he tells it, but 25kms from Westport, Co Mayo for you and me.

Mayo had a rich history of distilling spirits, both legal and not so legal but nobody was making spirits there now. A conversation with his childhood friend Dominic Hennigan from Drogheda, where the pair grew up, gathered pace and they decided to find a premises from which to start a distillery themselves, planning Gin, Vodka and Irish Whiskey from Co Mayo.

Eoin and his team of 4 people collect botanicals by the lakeside each afternoon and every morning they are ready for a fresh distillation. He credits the support from the local community, particularly the help of businesses producing food and drink from Mayo and he tries to support them when he can in return. When we first spoke to Eoin about featuring Lough Measc in The Gin Box, he was really excited about the prospect of us creating a ‘Mayo Care Package’ as he called it! And that is exactly what we set out to bring you this month with his help.

Firstly, one of Eoin’s close friends Marlene Foy is a chocolatier based in Westport, and she agreed to curate some chocolates for us. Amongst the Irish ingredients she uses to make her chocolate is Achill Island Sea Salt. The O’Malley family have been harvesting fresh sea water from Keel bay since 2013 and their Sea Salt has become an award winning brand, used by top chefs including Nevin McGuire and Gordon Ramsay.

Legend has it that Saint Patricks friend and personal brewer was a monk named Mescan. In 2010 friends Bart & Cillian set up the Mescan brewery in Westport, so named in the monks honour. Raise a glass of Mescan Westport Blond this Saint Patricks Day, to celebrate them all. Your support of these great Irish products through TheGinBox.ie is appreciated by them and I can tell you they are delighted to have the opportunity to reach more people and tell their story. We know that supporting Irish right now continues to be one of the simple things we all can do and we really hope you enjoy this months mix.

Lough Measc Gin has been adopted by Ashford Castle as their house gin. The waters that rise below the castle comprise 57% of the gin itself, and it is distilled just a few miles away.

Locally sourced ingredients; Juniper berry, coriander and angelica root, fusia, honeysuckle and elderflower, wild flowers. Eoin describes the sense of place he wants to create with Lough Measc Gin. ‘Terroir’ is a word I don’t use often, but that is what we are trying to do, we want the gin to reflect where it came from. When you open the bottle and you smell it, there is a waft of summer hedgerow along the shores of Lough Mask on a late summer evening.

A classic London Dry style gin, inspired by the wild juniper berries and botanicals that grow in abundance around the Lough Mask Distillery in Co. Mayo. While this gin is traditionally juniper-led, there are also delicious hints of lemon citrus, nutty angelica root and spicy coriander. The finish is crisp and fresh and dominated by piney juniper.

The signature serve here is to keep it simple, and celebrate the fresh flavours gin. Add 30ml Gin to a glass filled with ice and a twist of lemon rind. When you have topped with signature tonic water, squeeze some lemon juice over the top and stir! Enjoy on a fine Spring evening as the sun goes down.