Made in the small Spanish fishing town of Vilanova, just outside the city of Barcelona, this month’s Gin Mare epitomises the Mediterranean spirit. Crammed with local Mediterranean botanicals it’s a true mark of luxury, with rich oils filling the cheeks and sending the drinker on something of an adventure.

The pot still used to create Gin Mare is housed in a chapel in a property that was once a monk’s retreat.

Purchased in the 1950’s by the Giro Ribot family their first foray into Gin began in the 1940’s when Manuel Giro Sr launched GIN MG, now one of Spain’s biggest selling gins.

With this juggernaut firmly established, grandsons Mark and Manuel Jr wanted to assert their own ideas and create a new type of gin, inspired by the Mediterranean climate and using locally sourced botanicals.

It is infused with basil from Italy, Thyme from Greece and Rosemary from Turkey.

The distillery goes through 200kg of orange peel and 80kg of lemon peel every year– for which 8 – 9kg of fruit must be stripped to yield just one kilogram of peel!

The peels of both these bitter and sweet oranges and regionally grown lemons are macerated for a year in neutral spirit before distillation.

The other botanicals are macerated and distilled separately before all are blended to produce the final Gin Mare product.

The perfect pairing for Gin Mare is 1724 Tonic water. We’ve also included some Orange Angostura bitters which we think really enhances the flavour of this gin and tonic and can be used with many gins thereafter.

If you enjoy the orange, Gin Mare even suggest adding a teaspoon of orange marmalade to your gin and tonic, but we weren’t brave enough! 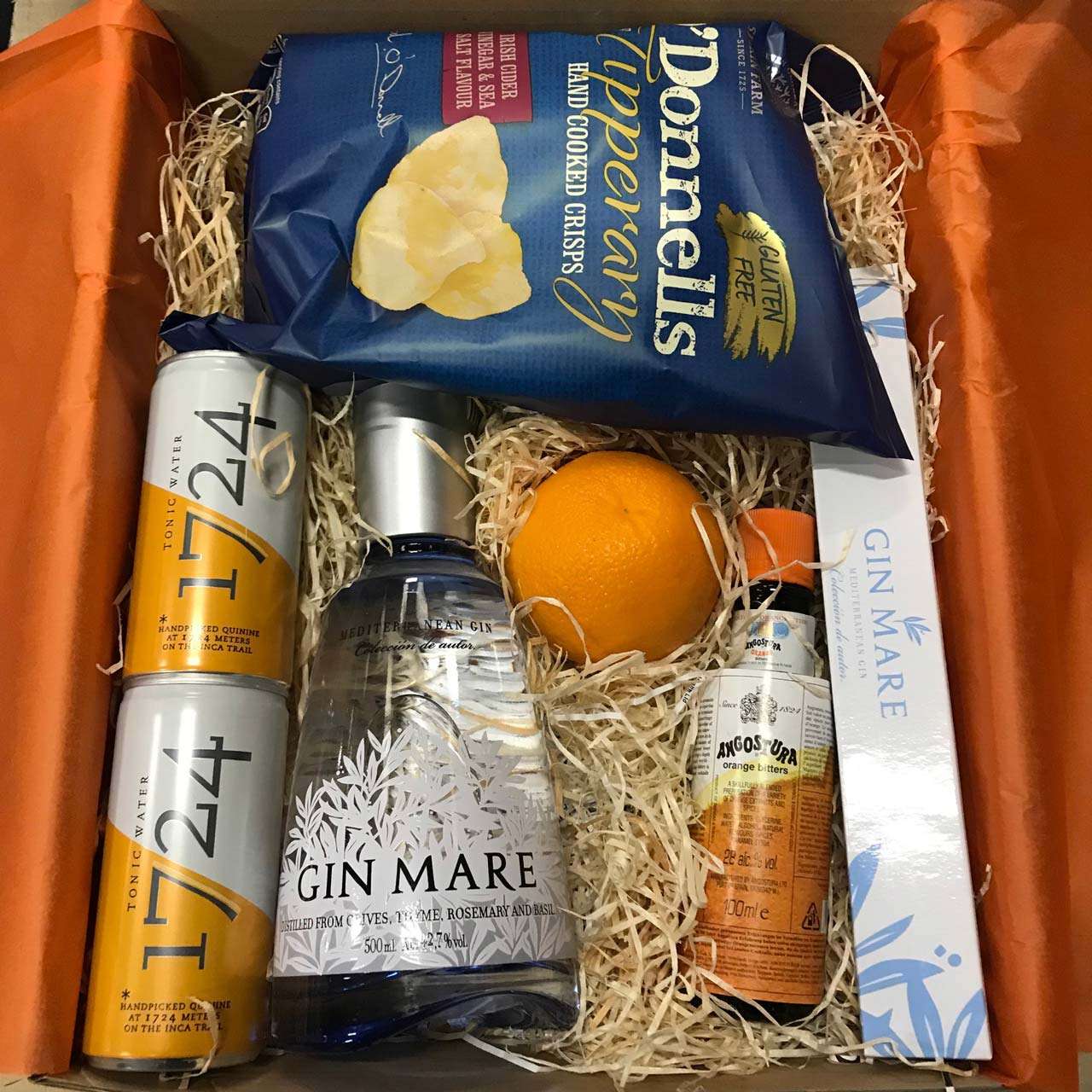 Gin Mare smells mild and clean with rosemary immediately present. Herbal, but not too overpowering. A bit of juniper too. Rosemary at the front, followed by some orange, juniper and a lingering final note of thyme.

Gin Mare pairs better with oranges than limes as it highlights the natural botanicals and enhances the flavour profile. So this month we’re recommending a zesty ‘Orange G&T’ – enjoy!